Railways are the lifelines of any country’s economy. Train transportation is a major mode of transportation for passengers and cargo as well. In recent times there has been a gradual shift from the use of conventional fuels to better-cleaner alternatives for powering vehicles.
This transition visible in Railways because of increased investment in railway electrification projects. The train battery is put in use to power the coaches when a train is heading slowly or is in the ready position. 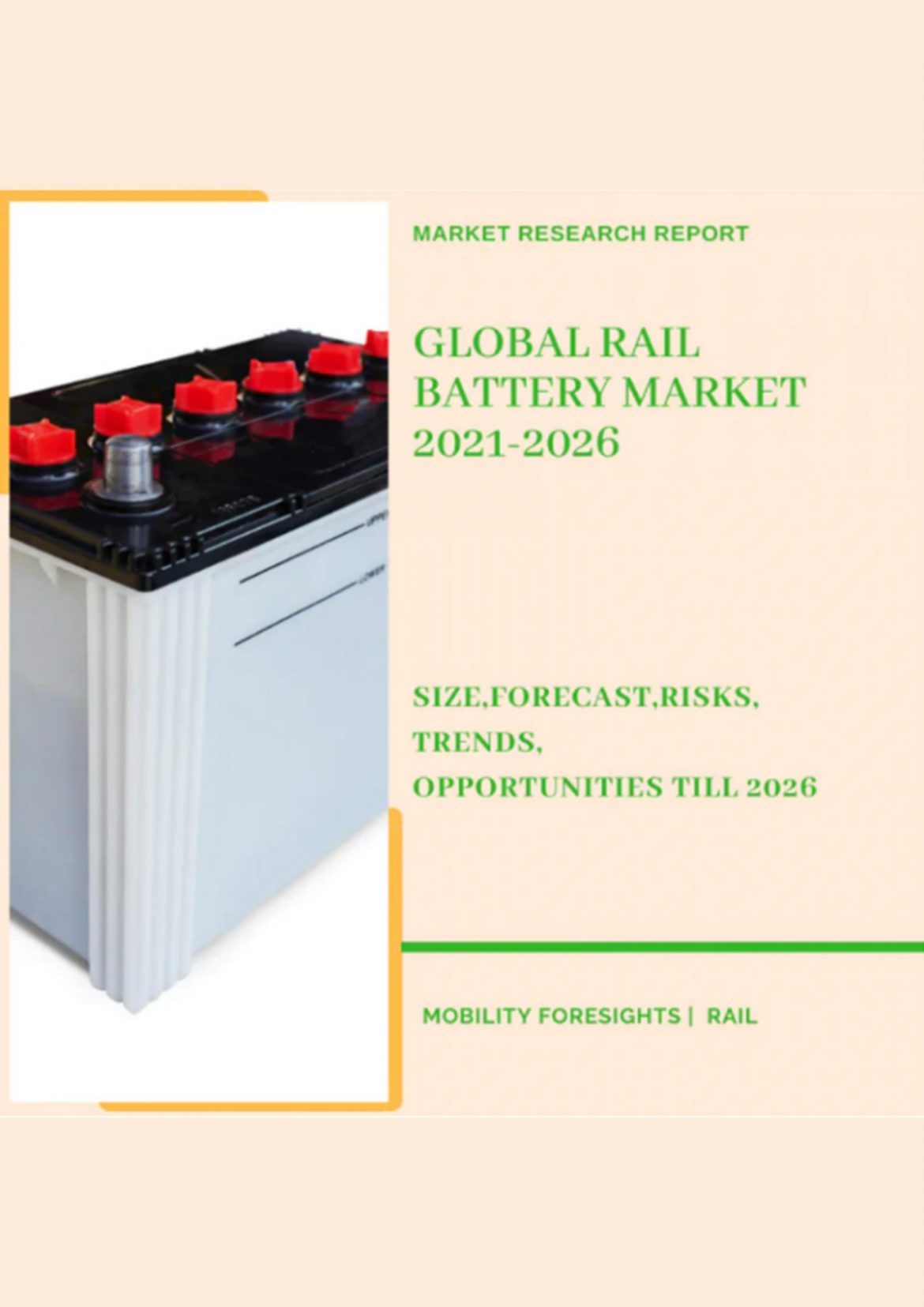 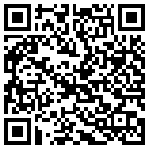 Railways are the lifelines of any country’s economy. Train transportation is a major mode of transportation for passengers and cargo as well. In recent times there has been a gradual shift from the use of conventional fuels to better-cleaner alternatives for powering vehicles.

This transition visible in Railways because of increased investment in railway electrification projects. The train battery is put in use to power the coaches when a train is heading slowly or is in the ready position. 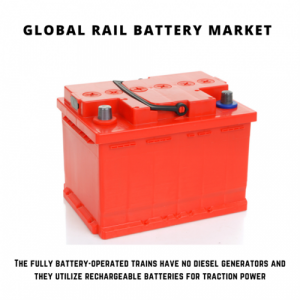 This market, because of its vulnerability to modern changes and developments in batteries for coaches and engines is opportunistic in the forecast period and therefore is expected to flourish to a great extent.

In the report, we will further dwell upon the variety of characteristics associated with this market and various opportunities arising in it.

Following is a list of major factors responsible for driving this market forward:

On the other hand, the high capital investment and the high operational costs of the rail network is a huge blunder to the growth of this market. External factors like land acquisition, noise, and air pollution are also considered market restraining factors.

In developing countries like India, plans have been formulated to modify the existing tracks but a lot of plans remain pending because of insufficient budget and therefore the growth rate is less owing to slow growth in rail networks expansion.

Based on locomotive type, the market can be divided into Electric Locomotives, Metros, High-speed trains, Diesel Trains, Passenger Coaches, and others. By application, the division is as follows: Starter Battery, Auxiliary Battery. Finally, the category of Advance Trains is divided as follows: Autonomous Trains, Hybrid Locomotives, and Fully Battery-Operated Trains.

Recently, EnerSys has expanded its Manufacturer Representative Agreement with IBCI which is expected to be responsible for sales and service of all EnerSys motive power products in the state of Alabama.

In place of the diesel-fueled generators that have powered locomotives for more than a century, trains will soon run on battery power. In order to conduct yard testing, Union Pacific reported placing separate orders for 10 battery-electric locomotives from Progress Rail, a Caterpillar Company, and Wabtec Corp.

These green locomotives, along with yard infrastructure upgrades, will help the Class I railroad reach net-zero emissions by the following years. The purchase is a Class I railroad in the United States’ largest investment in battery-electric technology.

In order to better understand their capabilities and obstacles for wider deployment, the Progress Rail EMD® Joule and Wabtec FLXdrive locomotives will operate in rail yards in California and Nebraska. There, they will be performance-tested in both cold and warm climates.

Additionally, with funding from the California Air Resources Board, Wabtec tested its FLXdrive locomotives on 18 runs between Barstow and Stockton in California. The battery-powered locomotive, which could haul up to 430,000 pounds, was positioned between two conventional diesel locomotives.

According to Wabtec, the combination reduced fuel and emissions by an average of 11%. According to Wabtec, its next-generation battery locomotive will have an energy storage capacity that is nearly treble that of a Tesla Model 3 at 7 megawatt-hours. That might reduce emissions to some extent.

In addition to keeping tonnes of pollutants out of the air, retrofitting traditional diesel locomotives with battery power could save railroads $94 billion in fuel costs over the course of 20 years.

Because the majority of locomotives in the US utilise electric motors rather than diesel generators, they are particularly well-suited for retrofitting with battery power.

On a regional basis, the train battery market is segmented into North America, South America, Europe, Asia Pacific, and the Middle East and Africa.

Out of all the regions, the Asia Pacific is expected to hold a huge share of the train battery market and is also expected to flourish to a great extent in the forecast period. The reason behind being – an upsurge in demand for trains in countries like China, South Korea, and India.

The government initiatives in these countries to introduce the concept of bullet trains have also received much attention in recent times.

High-speed trains, suburban trains, and urban train transits are majorly operated in China and therefore the country is expected to lead the rail battery market. The fully battery-operated trains have no diesel generators and they utilize rechargeable batteries for traction power.

Alstom announced its first contract for battery-electrical regional trains in Germany which demands 80km of non-electrified track and is also expected to deliver 11 Coradia Continental BEMU trains from 2023 and therefore creates opportunities for battery manufacturers in the region.

The Auxiliary battery systems provide backup to all-important train systems like emergency lighting. For fully operated trains, Li-ion batteries have a huge potential to drive the market forward because of the small space for installation, light-weight, and performance.

Henceforth, Europe and Asia-Pacific owing to the huge potential for expansion of high-speed rail networks are expected to drive the market forward.

Covid-19 had a severe impact on the revenue generated. The practice of Social Distancing did reduce the maximum rail car occupancy. Also, with the disruptions in trains movement all over the world, the demand for batteries in rails witnessed a decline during the pandemic period.

Hitachi has been working on developing battery-powered driving systems. Hitachi’s first foray into this field began with a collaboration with the East Japan Railway Company (JR East) to develop technologies for non-electrified rail rolling equipment.

Hitachi has teamed up with Kyushu Railway Company (JR Kyushu) to develop technology that would allow passengers to travel on non-electric lines using only batteries.

This study led in the construction of a battery-powered train that can run on non-electrified stretches of track using energy stored in batteries charged by alternating current (AC) overhead lines, which was sold as the Series BEC819. In 2007, it commercialised a hybrid propulsion system that includes an engine, generator, and batteries for the KiHa E200.

This battery module was designed for hybrid automobiles and includes a small and compact modular design for onboard use. To absorb regenerative power, each hybrid train is fitted with 16 of these battery modules.

This battery module, designed for industrial application, has a large storage capacity and maintains a consistent charge/discharge output. To ensure stable travel distances, each battery-powered train with two cars charged by AC overhead wires was fitted with 216 of these battery modules.

The relative high-power density and less maintenance cost of Sinter Plates in comparison to Lead-acid batteries are the opportunistic 3place for battery manufacturers.

Various aggressive plans formulated for Train electrification all over the globe with increased participation of private entities provide an opportunistic landscape for private firms to grow in this market.

Some of the major challenges and therefore areas for the scope of development and improvement as well are:

This development has enabled the use of new battery modules in long periods for applications with frequent charge and discharge cycles or in relatively high temperatures.