Rapid transit systems play a critical role in promoting urban sustainability. Throughout North America a number of rapid transit systems have been implemented – including heavy rail (subway and metros), light rail transit (LRT) in a number of configurations, and busways.
Monorail systems emerged in the 20th century as a unique alternative form of mass transit. Despite relying on an established form of technology, monorail systems have been implemented in a relatively small number of countries. The monorail mode of transit is also less researched than other modes.
Monorails can simply be described as a ‘transportation mode whose vehicles are guided and supported by a single rail or beam’ compared to the dual rails or concrete pathways used by steel wheeled LRT and metro, or rubber-tired metro. 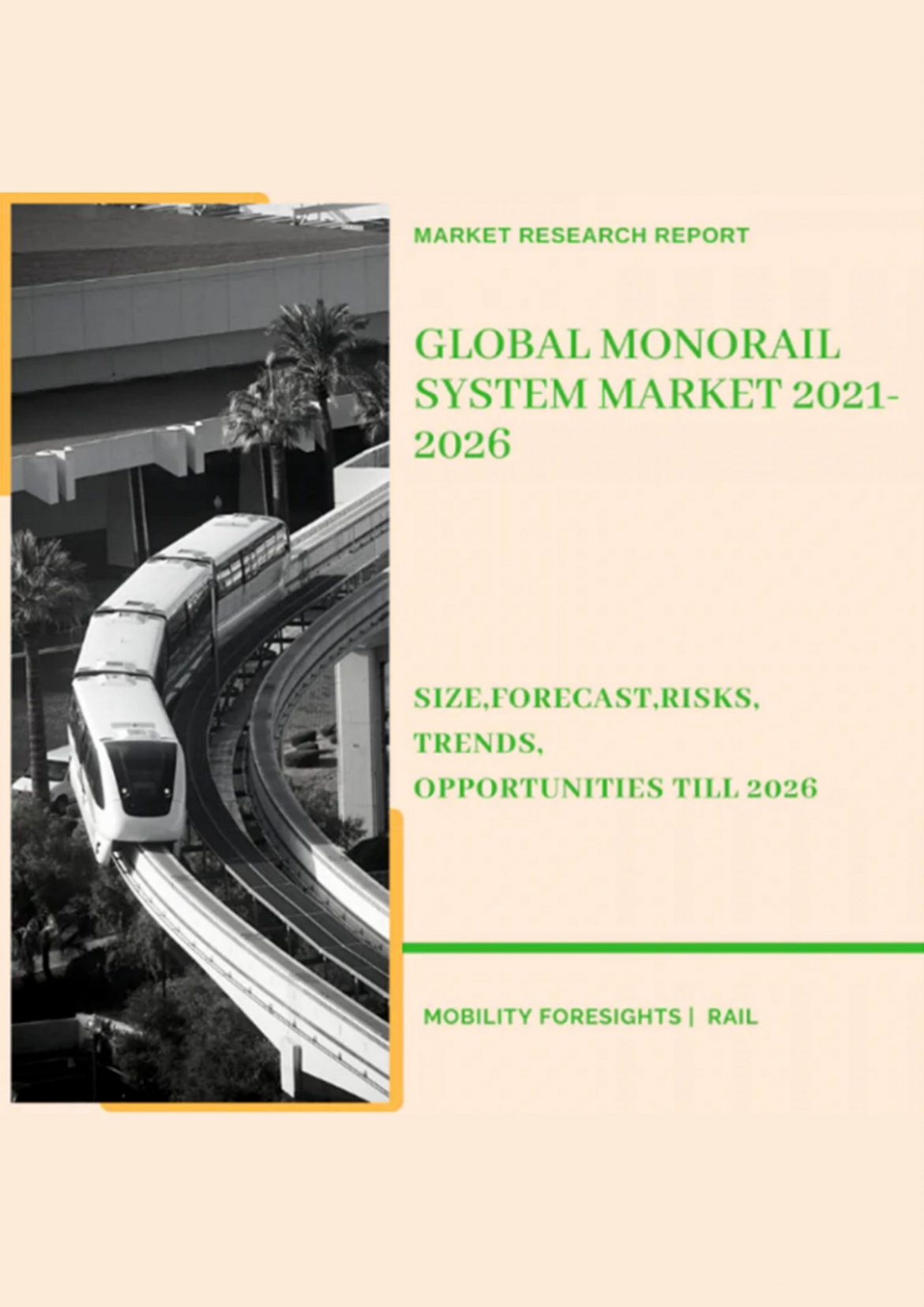 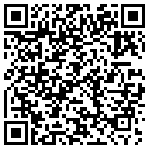 Monorail systems emerged in the 20th century as a unique alternative form of mass transit. Despite relying on an established form of technology, monorail systems have been implemented in a relatively small number of countries. The monorail mode of transit is also less researched than other modes.

Monorails can simply be described as a ‘transportation mode whose vehicles are guided and supported by a single rail or beam’ compared to the dual rails or concrete pathways used by steel wheeled LRT and metro, or rubber-tired metro. 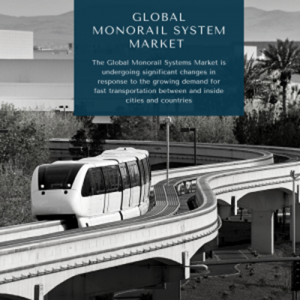 There is no ‘one type’ of monorail transit system, rather the name monorail refers to a family of transit system types that utilize a single rail or beam as a guideway for a car. Monorail systems may ride along or suspend from the beam/rail and utilize a wide variety of rolling stock combinations dependent on system needs.

Monorails have been used for transit systems in a number of countries including China, India, Japan, Brazil, and the USA. There are also plans in Iran, South Korea, and Indonesia, among other countries, to introduce monorail systems. Monorail systems, like all transit systems, should be carefully developed to meet passenger needs and the limitations and opportunities of the local context.

The monorail systems are highly suitable for regions with populations between 1.5 million to 3 million .And most monorails are often adopted for distances between 0.25 Km to 15 Km making them a good proposition in tier-2 and similar places where the total geographic area is not very large. The metro systems generally operate between urban cores and their outer suburbs within a 12 Km to 20 Km distance.

Rail infrastructure is the foundation of a strong railway system, as it determines where, and how many, trains can operate and how fast they can travel. The Railway Infrastructure within the European Union has been playing a major active role in recent days with a scope for continued expansion being placed within the Centralized Development policies and goals to attain this carbon neutral requirements strategy.

Proponents of urban monorail systems, as an integral part of urban transit, base their arguments on a variety of considerations that they claim prove their desirability. Central to the argument is that monorails are a proven mode of urban transit.

The world’s monorails successfully carry each and everyday hundreds of thousands of passengers. Most of the “transit” monorails are in Japan, seven of which are full-scale urban transit systems. The monorail at Florida’s Walt Disney World has more than 100,000 daily boarding’s, higher than many American light rail systems.

Monorails are safer than other rail modes. Their design does not allow for derailments. The problem of surface traffic accidents – whether with other vehicles or persons – is eliminated with the elevated monorail. Operational costs are accordingly reduced. As electrically powered vehicles they are non-polluting as they operate. Most systems use rubber tires and are quiet.

Monorail development as a viable urban transit mode was for many years hindered by the belief that monorail systems had an inability for rapid reliable switching. The basis of this belief is rooted with the technology of the historic Wuppertal monorail. This system uses double-flanged steel wheels to run on a single elevated rail. The vehicles which are operationally suspended below.

The Global Monorail System Market can be segmented into following categories for further analysis.

By Class of Vehicle

By Construction Requirement Stage of System

The Rail Infrastructure is integrated with various sources being accommodated and mobilized to form a required amount of efficiency being generated at all times. These are important to have better operational capability and stretches of operational running. The Technological integration starts from the basic level of components involved within the Rail Infrastructure Management.

Among the forms of transportation thought appropriate to the urban environment, monorail is both the most loudly hailed and the least well understood. It has been promoted to the point that it has its wild enthusiasts; yet no one has seen a monorail transit system in actual operation.

The global monorail system is being integrated with the latest signaling system (CBTC) which will allow trains to run safely (ATP) every 2 minutes to cater the traffic demand up to 2041. In the initial years trains will be run every 5.5 minutes during peak hours.

Building upon the knowledge and experience of the Shonan Monorail, in the Kanagawa Prefecture, Japan, which has been in operation for over 30 years, the Mitsubishi Company built this dual-tracked system to connect suburbs in the Chiba Prefecture with Chiba’s main rail station downtown. It is currently the world’s only dual-beamed SAFEGE -suspended type system.

The essence of the system was the conversion of the rubber-tired bogie developed for the Paris Metro into a bogie from which the coaches could be suspended to make an aerial railway. The bogie ran inside a hollow box girder on the lower face of which was a slot through which the suspension gear passed.

The ability of a single operator to run the train is indispensable to save labour cost in the operation of urban transport systems, and a one-person operation system has been used on straddle-type monorails since Kitakyushu Urban Monorail began operating in 1985.

Wuhu’s new monorail, which will be the first of its kind in China, will be elevated and equipped with ATO grade 4 automatic train operation (GoA4). GoA4 is the greatest level of automation available, allowing the Innovia monorail to run completely autonomously, without the need for a driver or an attendant.

The train has also been deeply integrated with critical technologies such as track beams, switches, and power supply rails to ensure safe, dependable, and efficient operation.

The city has received the first two Innovia 300 monorail trains from Alstom for the Cairo Monorail project. These were finished at the Derby, UK, facility of Alstom, with the Trapaga, Spain, location of the company leading the application for propulsion systems.

A significant development in the Cairo Monorail project is the shipment of the first eight fully automated, driverless cars out of 70 trains (a total of 280 vehicles).

Contracts to develop, implement, operate, and maintain the Cairo Monorail were signed by an Alstom-led partnership made up of Orascom Construction and Arab Contractors. With two lines, this is Egypt’s first monorail system. It will connect Greater Cairo to New Capital City and City.

A 54 km route connecting the New Administrative City with East Cairo and a second 42 km line connecting City with Giza are also included in the scheme.

The Alstom-led consortium will handle both lines’ operation and maintenance for 30 years after the construction phase is finished. Egypt is dedicated to creating and enhancing mobility services for its population while lowering environmental impact and traffic congestion. With the help of the Innovia 300 monorail system, high-capacity lines may be built more quickly and for less money.

Each of the two Cairo lines will be able to carry 45,000 people an hour in each direction once maximum capacity is reached.

The Global Monorail Systems Market is undergoing significant changes in response to the growing demand for fast transportation between and inside cities and countries. The major rail industry trends involve drones and smart sensors for inspecting railway tracks, digital communication platforms, and automatic train control (ATC).

The Rail Technology and Infrastructure is being pushed and moved forward by Start-ups at a faster pace considering their better improvement and scope reliability towards indigenized approach of production and manufacturing.

Hitachi Rail Systems has recently completed the development of a small-type monorail system that meets the needs for economical construction and smaller monorails in regional cities. A reduced axle load is one of the main features of the guideway structure of our monorail train, wherein the load on axles is 8 tons per axle instead of 10 to 11 tons per axle as in large conventional monorail trains.

To reduce labour costs even further, the DTO system for urban transport systems that permit trains to operate without an on-board driver has drawn a great deal of attention in recent years. Hitachi has been investigating and refining a DTO system for application to straddle-type monorails for years and has now succeeded in developing the first DTO system including ATO, platform gate and other supporting equipment to be actually installed on a conventional commercial monorail route in Japan.