Railway composites offer significant flexibility in train design and aid in optimizing train performance. Composite materials are progressively being employed in the railway sector across the world, where performance enhancement is vital.
Composites have been employed in railways because they suit the strict criteria of the industry.
The usage of composites in engineering designs has become necessary due to their good performance in harsh situations such as high temperature, moisture, pressure, corrosion, high stress, and so on.
Railway composites minimize energy usage, help in vibration dampening to reduce noise levels, and increase passenger comfort. 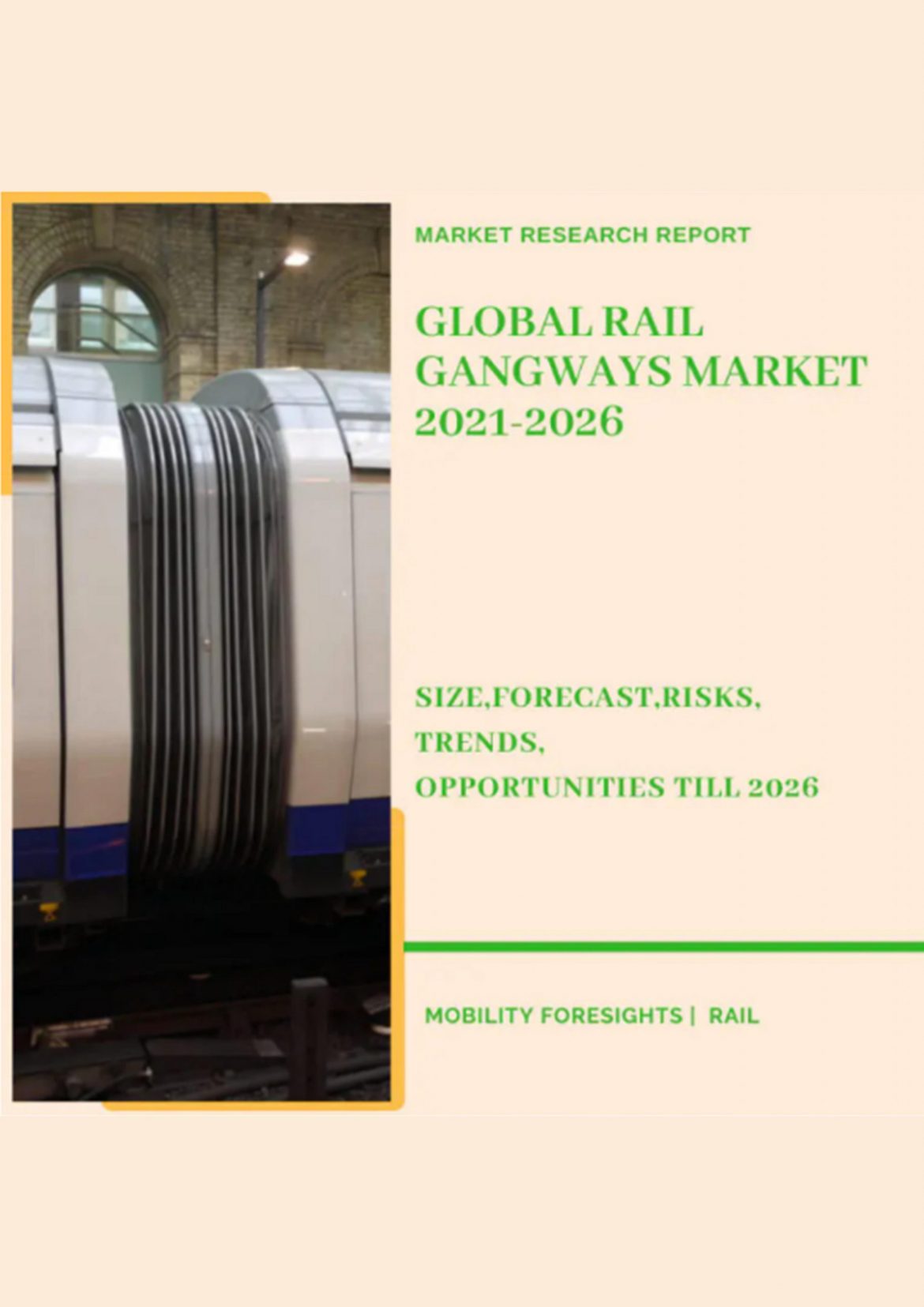 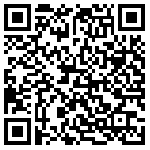 Railway composites offer significant flexibility in train design and aid in optimizing train performance. Composite materials are progressively being employed in the railway sector across the world, where performance enhancement is vital.

Composites have been employed in railways because they suit the strict criteria of the industry.

The usage of composites in engineering designs has become necessary due to their good performance in harsh situations such as high temperature, moisture, pressure, corrosion, high stress, and so on. 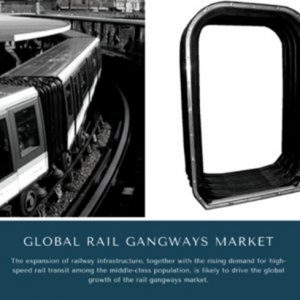 Railway development, in particular, is characterized by the reduction of the weight of rolling stock vehicles. Such needs are expressed in the field of very high-speed transport, where weight reduction results in higher speed, higher transport capacities, and/or enhanced passenger comfort while maintaining a good energy balance, as well as in the field of urban and suburban rolling stock, were weight reduction results in enhanced acceleration and thus increased capacity in terms of passenger flow/hour.

Technical Interoperability Specifications limit the weight per axle to 17 tones at speeds more than 250 km/h.

While composites are utilized in a wide range of applications, the processes used to produce components are limited and typically entail a high degree of human work.

Despite the move toward automated and semi automated processes, manual lay-up and spray lay-up continue to be the most prevalent techniques for producing components for rail vehicle applications.

These processes are extremely versatile yet labour demanding, making them best suited for limited production runs of very big structures.

The expansion of railway infrastructure, together with the rising demand for high-speed rail transit among the middle-class population, is likely to drive the global growth of the rail gangways market.

The introduction of government plans to improve connection between cities via the development of high-speed railway infrastructure and the inclusion of digitalization in the metro are critical drivers driving the worldwide growth of the rail gangways market.

Two-piece gangway systems are commonly utilized in areas with high passenger density, such as Europe, North America, China, and others. Single-piece gangways are often used in Japan, India, and other nations. 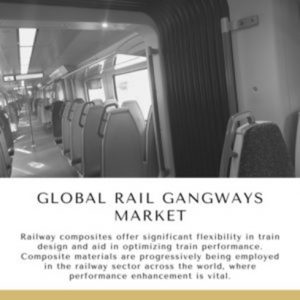 As a result, increased passenger density in respective areas or nations is predicted to give bilateral support to the worldwide train gangways industry.

High-speed rail transit has become a need for middle-class people in recent years. To meet this need, governments are implementing plans to improve intercity connection.

This is expected to boost the global market for train gangways. Furthermore, significant expenditures are being undertaken to enhance the rail industry.

One of the major reasons driving the growth of the rail gangways market is the increase in passenger transportation via trains and global urbanization.

The expansion of railway networks in growing countries such as India, China, and Japan, among others, is increasing demand for gangways.

The Global Rail Gangways Market can be segmented into following categories for further analysis.

Rail gangways are flexible connectors attached to the ends of railway coaches that allow passengers to go from one compartment to the next while removing the hazards of falling from the train.

Rail gangways are often employed in streetcars and light rail automobiles used for urban transit in current operations. Furthermore, open gangway systems have become increasingly common in heavy rail rapid transit rolling stock, which is used in a variety of subway systems across the world.

Rail gangways have been manufactured since the early twentieth century and have quickly gained importance as a part of train infrastructure as the types of railway transit systems around the world have increased, including suburban trains, trams, subways, standard gauge trains, and metro routes for long distance and regional transport needs.

Recent technological advancements, such as artificial intelligence and superior sensors, have also resulted in the construction of gangways for high-speed trains and one-of-a-kind rail vehicles, such as the monorail.

As a result, manufacturers are increasingly focused on developing train gangways with key features such as greater sound insulation and increased durability.

There are new integrations of the fully synchronised intermediate systems can include a large variety of gangways, suitable for all applications.

These are made from an exclusive, in-house silicone material which delivers enhanced durability, better fire resistance, and high noise attenuation.

On the contrary, traditional closed-gangway train have walls and doors separating the carriages. This passive fire protection system has a huge benefit as it compartmentalised the train, prolonging escape time for passengers during a fire.

The rail driver’s cabs of today’s trains are generally made of a steel foundation to which a succession of thin aluminium or composite panels and valances are mounted via brackets.

The primary role of these secondary structures is to increase aerodynamic efficiency and vehicle aesthetics; however they have been demonstrated to provide some protection to the cab and its occupant from extremely low energy projectile strikes.

Repairing these components is an expensive and time-consuming task, resulting in extended train downtime and lost income.

Hubner Group is part of development of the gangway systems for advancement and technological systems into the rail systems. HÜBNER’s UIC-561 compliant gangway systems meet all International Union of Railways (UIC) requirements for railway passenger carriages.

Rubber spring components and corrugated bellows absorb any movement between the railway trains. The gangway is similarly connected and so shielded from rapid pressure changes, insulating the train interior from external effects.

Gangways can also be fitted with an aerodynamic fairing system for improved aerodynamics. This is a sort of corrugated bellows that connects to the rail car body flush. The consequent reduction in air resistance allows for up to 10% energy savings.

Hutchinson Paulstra is a leading developer of rail systems in the global manufacturing and operations market. Hutchinson has designed a series of inter-vehicle gangways for metro applications using sophisticated Finite Element Analysis, drawing on the experience of Paulstra and LJF (FEA).

The self-supporting linking gangway ensures a secure passenger passage between two successive carriages. The gangway does not require any extra vertical support, preventing interference with the vehicle’s connection bar and, as a result, reducing wear and maintenance.

Metal plates for the flooring and integrated textiles for the bellows enhance the fire and smoke classed rubbers. Shear injury is eliminated since no metal plates are sliding.

The gangway’s floor is the same level as the vehicle’s floor, providing wheelchair and pushchair access. Passengers are shielded from outside elements since the vehicle is totally enclosed and airtight.

The gangway does not produce noise or vibration. The rubber provides a very strong isolation barrier between two successive automobiles and significantly reduces noise from the outside.

As an alternative, a rapid disconnecting technology allows the two automobiles’ connection to be disconnected quickly. The separation of the connection bar, pneumatic hoses, and electrical harnesses is not necessary in the majority of designs.