A catenary is an overhead wire system that provides power to a locomotive, streetcar, or light rail vehicle equipped with a pantograph. The pantograph pushes on the underside of the contact wire, which is the lowest overhead wire.
Current collectors are electrically conductive and allow current to pass through the steel wheels on one or both running tracks to the train and back to the feeder station.
Catenary systems, as opposed to basic overhead wires, in which the uninsulated wire is clamped to closely spaced crosswires supported by poles, employ at least two wires.
The rigid catenary is an Overhead Contact System (OCS) that may replace the contact wire with sustentation wire, the third rail, or the suspended bimetallic T-rail with various advantages. 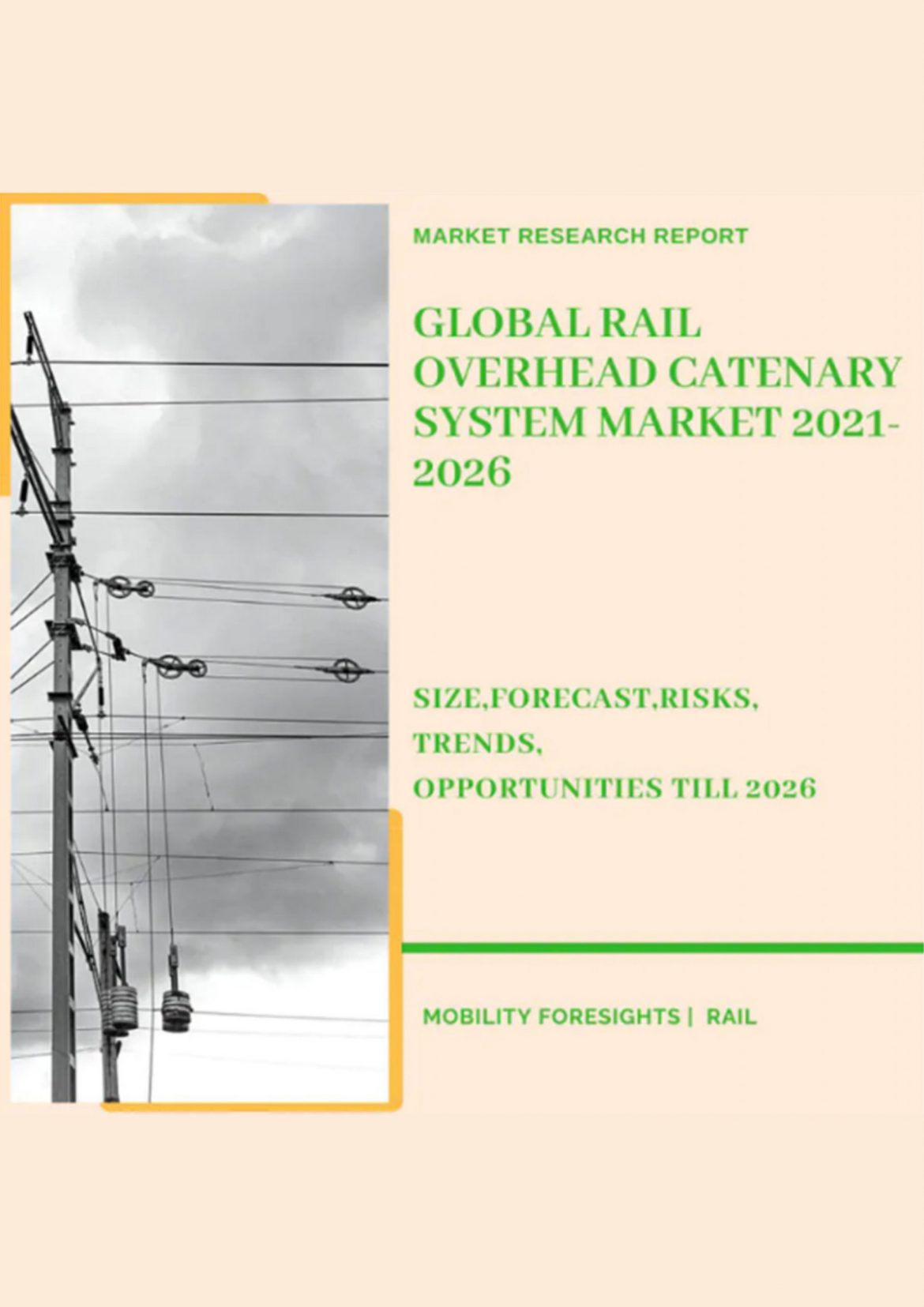 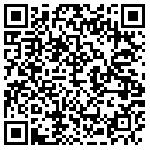 A catenary is an overhead wire system that provides power to a locomotive, streetcar, or light rail vehicle equipped with a pantograph. The pantograph pushes on the underside of the contact wire, which is the lowest overhead wire.

Current collectors are electrically conductive and allow current to pass through the steel wheels on one or both running tracks to the train and back to the feeder station.

Catenary systems, as opposed to basic overhead wires, in which the uninsulated wire is clamped to closely spaced crosswires supported by poles, employ at least two wires.

The rigid catenary is an Overhead Contact System (OCS) that may replace the contact wire with sustentation wire, the third rail, or the suspended bimetallic T-rail with various advantages. 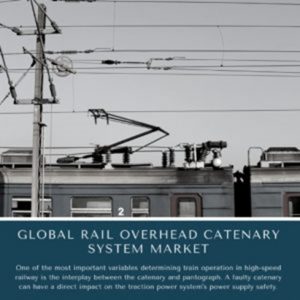 It is made of an aluminum alloy profile that houses the copper contact wire and has a large cross section for current, allowing it to operate at OCS voltages ranging from 750 to 1.500 V without the need for a feeding source. It has also been put in lines with a 25 KV feeding source.

OLE is currently the preferred method of powering trains across the world, both operationally and ecologically, as well as in terms of passenger service and comfort. For example, when the High-Speed rail from St Pancras to Paris was completed, the engineers had just one option: OLE.

However, there is little question that it may be aesthetically invasive and placing it on existing lines may need changes to bridges, stations, and other infrastructure. OLE is also undeniably sophisticated and, to be honest, perplexing to the layperson.

One of the most important variables determining train operation in high-speed railway is the interplay between the catenary and pantograph.

A faulty catenary can have a direct impact on the traction power system’s power supply safety. The current collection quality of pantograph–catenary directly impacts the stable and safe operation of high-speed trains, which is one of the primary factors limiting train speed.

A messenger wire, droppers, and a contact wire are the essential components of high-speed railway catenary. The messenger and droppers are used to suspend the contact wire in order to keep it level or to achieve a specific pre-sag. 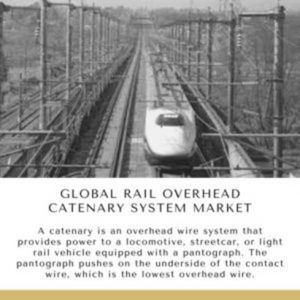 Because high-speed rail is entirely powered by electricity, the market for overhead catenary systems is expected to expand in the future years.

Furthermore, urban rail transit systems such as metros and trams have arisen as dependable forms of metropolitan transportation. Many urban rail projects are now in the works and will be completed in the next years.

Several major train businesses are focusing on improving power transmission technologies all around the world. The relevant train administrations of the nations have introduced the usage of overhead catenary systems for metro rail transit operation.

Many countries have built metros and heavy tracks to facilitate long-distance transport. Most nations have chosen the mass rapid transit system (MRTS) because of its efficient functioning and low-cost construction.

The Global Rail Overhead Catenary System Market can be segmented into following categories for further analysis.

One of the key issues associated with the building of high-speed rail systems is current collection from above catenary. This work is carried out with the help of one or more collection strips mounted on a pantograph.

As the train speed exceeds 180-200 km/h, the dynamics of the coupled system pantograph-overhead equipment (OHE) play a critical role in the quality of the current collection: static criteria are thus unsuitable for the design of high-speed catenary and pantograph.

Overhead electric wires and their support structures are highly stressed components with little redundancy, and their integrity (both mechanical and electrical) is jeopardised.

The latest technology integration has been on the lines of better integrity and safety inspection systems for the catenary system mobilised overhead in the market.

This is a high precision measurement equipment used to measure objects required for OCS maintenance and inspection. It employs image processing methods (such as edge detection and model matching) on photos of overhead wires captured by the camera.

When data exceeds the control value, photographs can be used to evaluate the detailed state of contact wires prior to an on-site assessment.

Many nations have concentrated on increasing the speed limit of commercial lines in recent contemporary electric trains. Because vehicle, track, electrical power, and signaling technology are rapidly evolving, it is critical to analyze and monitor the performance of trains and their infrastructure prior to commercial operation.

In other words, in order to ensure passenger safety, the impact of raising speed up to 400 km/h1 must be adequately analyzed. Overhead contact lines (OCLs), one of the several components of high-speed electrical railroads, serve as one of the interfaces to continually deliver electricity to operational trains. The system, however, is exempt due to the physical nature of OCL.

Railway infrastructure maintenance, which includes the primary component of the Catenary system of electrified lines, consumes very big budgets, is difficult to coordinate, and has various difficult planning challenges.

The real maintenance work consists of a wide range of operations that need significant resources and substantial expenditures.

According to reports, European countries spend between 15 and 25 billion EUR every year on railway maintenance and renewals.

Alstom has been in progressive development of catenary based overhead systems in the market which has been involved in decreasing the power transition requirements.

It has been using the APS Systems in the most recent days, which employs 11-metre lengths inserted into the track bed between the guiding rails to give current to cars, inspired by ‘third rail’ feeding systems seen in metros.

These parts automatically turn on and off based on whether a tram is going over them, removing any risk to other road users. This safety concept has been validated by a number of competent organizations throughout the world.

Trams running on APS can also incorporate overhead line equipment and/or traction batteries, with simple and easy transition between power sources. If a line is extended, it is easy to extend the APS system with it.

In addition, APS comes in two versions according to the climate encountered: a standard version for temperate atmospheres and a tropicalised version for extreme climate conditions, withstanding ambient temperatures of up to 55 °C.

Siemens Industries is involved in development of new age catenary systems for rail requirements in the global scale of market. The Sicat SR has been the most technologically advanced catenary systems in the market.

Because of its low installation height, the aluminum overhead conductor rail Sicat SR excellently meets these criteria and is also ideal for train passes with one or more pantographs.

It is intended for usage in tunnels, beneath bridges, on lifting bridges, and in maintenance workshops, as well as in parts that may be rotated out of the line gauge, such as in workshops, to allow for extremely simple examination of rail cars.

Sicat SR can also be utilized in vehicles equipped with an electric charger. To decrease elasticity variations during the transition from the standard overhead contact line to the conductor rail, a 5-meter-long transition element is supplied.

Increasingly wider cuts in the conductor rail section allow the moment of inertia in the direction of the catenary to be lowered and, as a result, the elasticity to be changed correspondingly.