LRT vehicles are normally made up of two or three cars and move at an average speed of 55–60 km/h on routes with more stops/stations and 65–70 km/h on lines with fewer stops/stations.
The frequency of LRT service is often adjusted to demand and changes during the day, ranging from 12 dep/h (every 5 minutes) to 4 dep/h (every 15 minutes) during the day and 1–12 dep/h (every half or an hour) at night.
The traction system is the system that drives the propulsion of a vehicle and obtains the driving power or tractive force from different devices such as electric motors, steam engine drives, diesel engine dives, and so on. Traction systems may be divided into two categories. 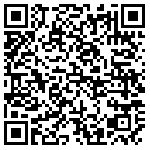 LRT vehicles are normally made up of two or three cars and move at an average speed of 55–60 km/h on routes with more stops/stations and 65–70 km/h on lines with fewer stops/stations.

The traction system is the system that drives the propulsion of a vehicle and obtains the driving power or tractive force from different devices such as electric motors, steam engine drives, diesel engine dives, and so on. Traction systems may be divided into two categories. 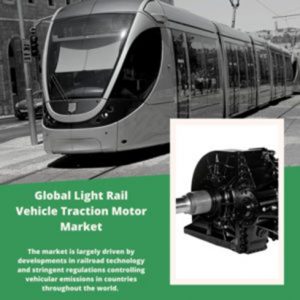 LRVs range from inner-city trams in the heart of our main cities to trams connecting cities to their outskirts. These railway applications differ in a number of critical aspects, aside from the air qualities of the location in which they operate.

Trams and other types of lightweight trains are examples of LRVs. They all have one thing in common: they all run on a fixed schedule and are mostly found in urban or suburban areas.

There are also substantial differences between LRVs that affect the design of their traction motors.

The market is largely driven by developments in railroad technology and stringent regulations controlling vehicular emissions in countries throughout the world.

Furthermore, increased demand for metro and mono trains for enhanced city transit, as well as expansion in the tourism industry, are expected to drive growth in railway traction motor technology.

Other factors, such as a growth in the number of railway projects, railway logistics, and electrification of older railways, are expected to drive market expansion throughout the projection period. However, designing and manufacturing traction motors requires a large investment.

The use of an electric traction motor offers various advantages, including increased efficiency, the ability to reduce energy consumption, and the requirement for little maintenance.

Other factors expected to drive market development include a rise in the number of railway projects, railway logistics, and conventional railroad electrification. 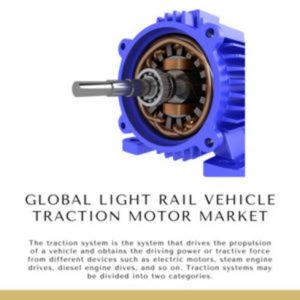 Every developed country’s increasing urbanisation has increased traffic in every major metropolis. As a result, governments have pushed people to use public transportation for short-distance excursions, reinforcing the mode of transportation across shorter distances.

People all across the world are willing to pay a premium for the convenience, protection, and facilities they receive. As a consequence, travellers all around the world expect good service when they travel.

Light rail is a type of urban rail transit that employs tram-like rail infrastructure but runs at a greater capacity and usually on an exclusive right-of-way.

Other light rail networks have a tram-like appearance and operate in part on streets. Light rail systems may be found on all continents throughout the world.

They have increased in prominence in recent years because to lower construction costs and greater dependability when compared to major train networks.

The most recent traction control technology has been focused on the market’s coolant-based and low-floor supplied needs. The low floors of inner-city trams allow them to be accessible from the street without the necessity of a platform.

They run on a rigorous schedule, with numerous starts and stops in urban areas. Because of the low floor, there isn’t much room for the traction motor, which is close to the ground (down to 60 mm).

As a result, the motor works in a polluted environment that may contain dust, sand, salty air, or debris.

A closed cooling arrangement is recommended to protect the motor’s fragile components. It has a worse cooling performance, however, because rotor losses must be provided to external cooling via the stator.

The pollution condition on-site influences whether a closed or open cooling concept is used. Unlike water-cooled motors, self-ventilated motors’ cooling capacities vary with vehicle speed — the greater the average speed, the more effective the cooling.

The increasing prominence of climate challenges in our everyday thinking reveals that ‘business as usual’ solutions focused on private forms of transportation are insufficient in both socio-economic and environmental aspects.

With the exception of full-segregated heavy metros, which use technology more akin to main line rail networks, light rail (LRT) refers to any fixed track transportation system that runs inside a metropolitan and interurban setting.

ABB has been a global leader in the development of LRV traction motors that are focused on superior technology implementations.

The LRV motor platform has a rectangular cross-section to optimise the available space envelope without breaking strict height limits.

LRV floors are frequently low since these trains stop at low or no platforms. The rectangular cross-section of ABB’s LRV motors for low-floor vehicles improves motor performance while minimising compromise.

Similarly, motor losses vary according to motor load. As a result, every new LRV project must undergo a thermal examination.

Siemens Mobility is involved in the development of cutting-edge technology-based traction motors for Light Rail Vehicles. The design of these traction motors and drives takes advantage of all the benefits of digitalization.

Siemens Mobility traction motors are distinguished by their compact design, which enables the drive system to be tailored to the available space.

Siemens Mobility traction motors, MoPac Motors, are distinguished by their compact design, which enables the drive system to be tailored to the available space.