The track is the foundation upon which the railway travels. To provide a smooth ride for a train, the track alignment must be fixed to within a millimeter of the design.
Track design and construction are part of a complex and multi-disciplinary engineering science that includes earthworks, steelwork, wood, and suspension systems as well as railway infrastructure.
There are several systems in use across the world, each with its own set of performance and maintenance requirements. 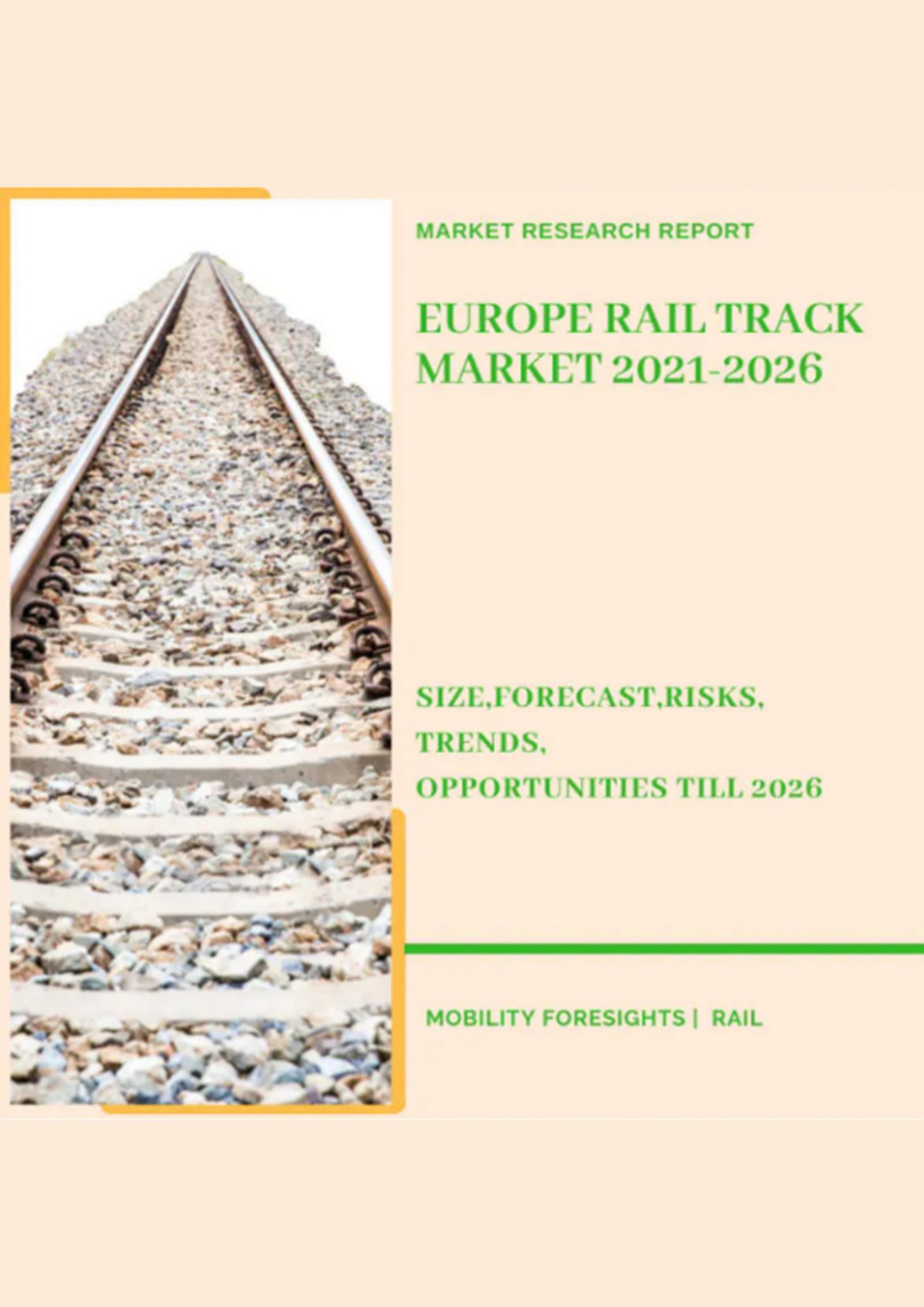 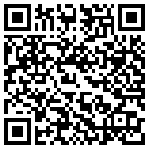 The track is the foundation upon which the railway travels. To provide a smooth ride for a train, the track alignment must be fixed to within a millimeter of the design.

Track design and construction are part of a complex and multi-disciplinary engineering science that includes earthworks, steelwork, wood, and suspension systems as well as railway infrastructure.

There are several systems in use across the world, each with its own set of performance and maintenance requirements.

Decision support systems have the potential to significantly improve asset utilization and workforce productivity. Rail tracks are typically laid on ballast because it is cost effective (both in terms of availability and quantity), drainage is quick, and the tracks have a good load bearing capability.

Repeated train loading, on the other hand, fouls the ballast as minute particles from the surface or subgrade penetrate and then hinder drainage, potentially leading to track instability. 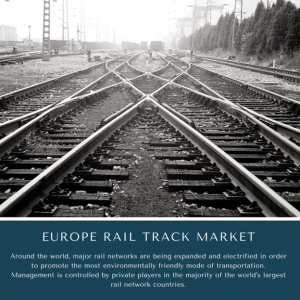 Furthermore, recent increases in axle weights, speed, and traffic volume, together with the need to improve passenger comfort and minimize the cost of track life cycles, necessitate the optimization of track designs.

Rail lines are often laid on ballast because it is economically effective (both in terms of availability and quantity), drainage is rapid, and the tracks are load bearing.

Repeated train loading, on the other hand, fouls the ballast by allowing minute particles from the surface or subgrade to infiltrate and obstruct drainage, potentially resulting in track instability.

Around the world, major rail networks are being expanded and electrified in order to promote the most environmentally friendly mode of transportation. Management is controlled by private players in the majority of the world’s largest rail network countries.

With about 218,000 km of operational rail network, the European Union (EU) possesses the world’s longest electrified rail length as well as one of the safest railway networks.

The EU Commission is dedicated to make its rail network more comfortable for passengers by enacting new legislation and allowing private industry actors to help enhance the present network.

For example, the EU commission has set an aim of transferring 30% of freight by 2020.

Around the world, several different types of ballast less track are in use. Only a few of them have been designed specifically for high-speed tracks, such as those in Japan, Germany, France, and Italy.

However, certain ballast less track designs developed for lesser speeds may be applicable to high-speed track. 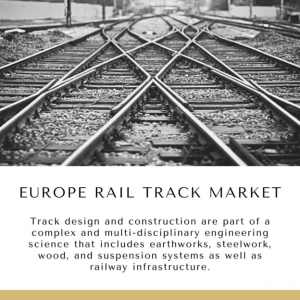 The most well-known German designs are the Rheda and the Züblin, which are named for the towns where they were originally used. The sleepers in each of these systems are cast into a concrete slab.

The European Union and members of the European Rail Freight Association (ERFA) are developing projects to upgrade and reorganize railway infrastructure by providing improved traffic management, scheduling systems, and signaling.

The key element driving the growth of Europe’s rail freight sector is the enormous expansion of the Europe-Asia railway line, particularly in China, which has resulted in increasing commerce between the two areas.

Recent industry improvements include the adoption of train-flow planning software and big data analytics in rail operations to eliminate redundant and premature train stopping and breaking, as well as delays in transportation.

The Europe Rail Track Market can be segmented into following categories for further analysis.

The Europe Technology with the rail construction and composite usage has been adaptable and has changed over the past few years considering its recent developments as part of the control and management system-based integrations.

It has been crucial in developing a skill based technological integration. The present technological trend within the system can be seen as part of the control system-based interoperability.

Track failures and defects cause about 15 percent of all accidents on Indian Railways. Various track-related technologies are in use across the globe-from those that identify flaws to those that help with predictive maintenance.

Some can be mounted on regular train services while some require special vehicles.

The only commercially available technology for detecting damaged rails is track circuits. The primary role of such track circuits, however, is signaling rather than broken rail detection.

None of these, however, are commercially implemented in a broad network in any sophisticated railway system. The focus of mature European railway operators is always on early detection of faults.

Track monitoring systems aid in the detection of track anomalies, which can be accomplished through the use of specially constructed test trains or by technology-enabled manual examination.

Monitoring of signal and telecommunication networks, as well as overhead electricity wires, may be part of the process. There are two types of track monitoring rail vehicles: autonomous railcars and automated test trains.

Autonomous railcars are coaches connected to ordinary trains that are designed to collect data on the rails while travelling at line speeds. SNCF in France and Ren Fein in Spain have effectively adopted them.

One significant advantage is that they may be attached to many trains to allow monitoring while not interfering with scheduled trains.

The rail driver’s cabs of today’s trains are generally made of a steel foundation to which a succession of thin aluminum or composite panels and valances are mounted via brackets.

The primary role of these secondary structures is to increase aerodynamic efficiency and vehicle aesthetics; however they have been demonstrated to provide some protection to the cab and its occupant from extremely low energy projectile strikes.

Repairing these components is an expensive and time-consuming task, resulting in extended train downtime and lost income.

General Electric has most recently developed the powered flaw detection system for tracks in the European Market mobilization requirements.

At  the core of  track maintenance is  the  RailDOCS  Track Inspection & Defect  Remediation (TIDR) software, the Internet-based and mobile platform enabling  track inspectors and maintenance crews  to document and record inspections in  the  field  with easy-to-use electronic  forms,  work lists and schedules.

By  providing a graphic  track representation,  the  tool can record GPS coordinates on reported defects. General Electric’s (CE) Rail Integrity Monitor is one of the few rail fault detection devices that has been tested on a significant scale.

The device detects track integrity in real time by injecting two magnetically connected pulses into locomotives. It can check 500 kilometers of track each day with a single system, which is comparable to the productivity of a dally locomotive.

Voestapline Railway Systems is involved in production of heavy line tracking systems for the EU Nations market. It has produced varied levels of gradings in the market

Where in the 400 UHC HSH product line are variations of the field-proven and widely used rail grade 400 UHC HSH, especially developed for individual customer needs and allowing customers to benefit from the outstanding fine pearlitic Super Premium material concept, with best weldability.

The field of application of the 400 UHC HSH rail includes all areas of mixed traffic, the metro, and the light rail sector, as well as turnout construction.

The UHC steel design combined with the HSH® technology leads to a microstructure strengthening and refinement. The rail steel features highest resistance to degradation such as wear, corrugation and RCF, and is generally recommended for use in curves of railway tracks.