The railway superstructure and train stock combine to produce a complicated mechanical system. Wears arise as a result of the interface between the rolling stock and the rail, both at the wheel profile and on the rail.
This wear generates contact pressures that hasten the degradation of the railway track. This condition necessitates costly maintenance work on both rails and rolling stock wheels.
A relevant and sustainable mass transit system is thus required to ensure that people have access to adequate mobility. The rolling stock consists of powered or trailer carriages, wagons, or rakes that run on a rail track. 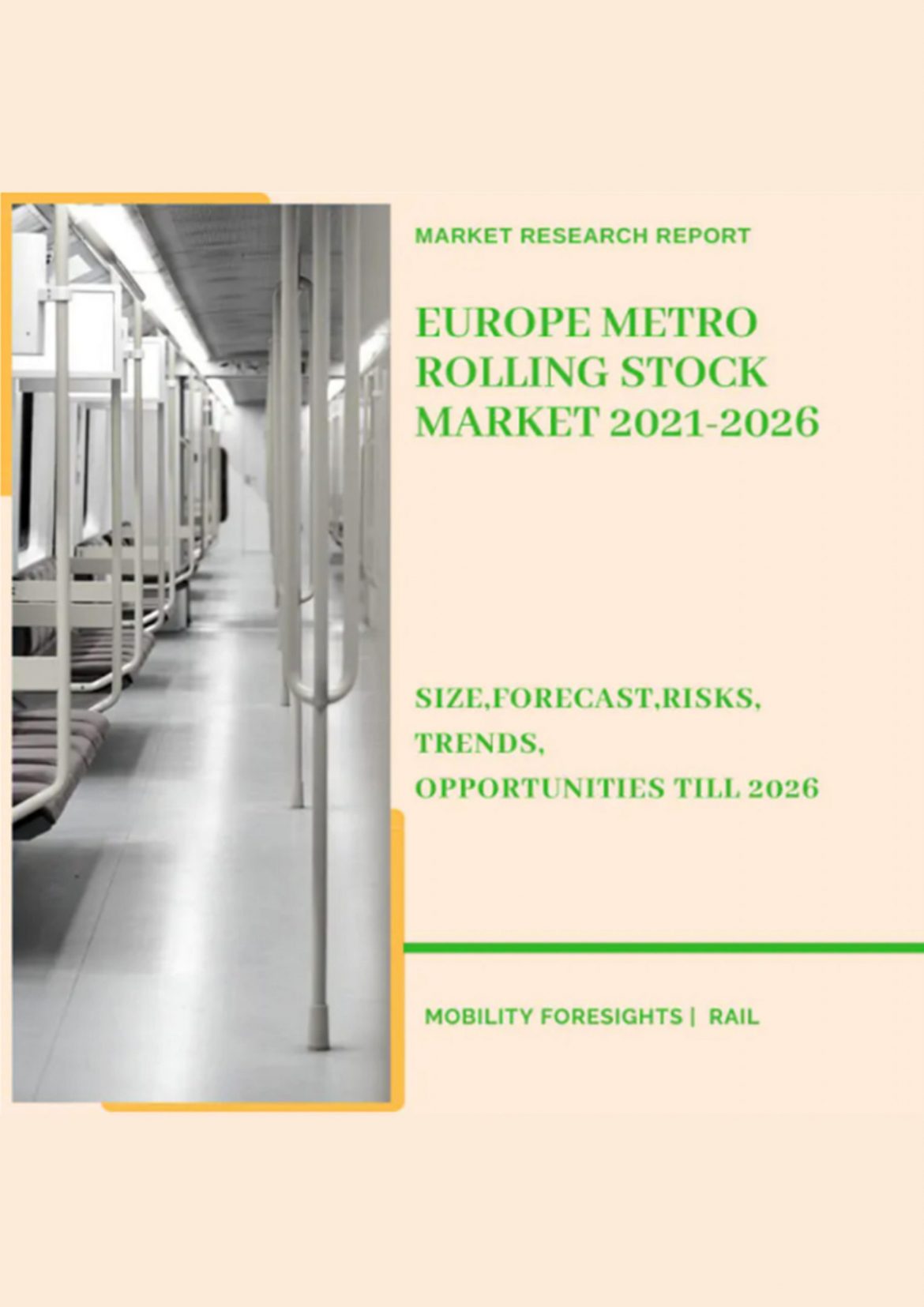 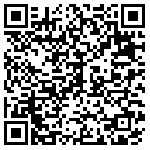 The railway superstructure and train stock combine to produce a complicated mechanical system. Wears arise as a result of the interface between the rolling stock and the rail, both at the wheel profile and on the rail.

This wear generates contact pressures that hasten the degradation of the railway track. This condition necessitates costly maintenance work on both rails and rolling stock wheels.

A relevant and sustainable mass transit system is thus required to ensure that people have access to adequate mobility. The rolling stock consists of powered or trailer carriages, wagons, or rakes that run on a rail track. 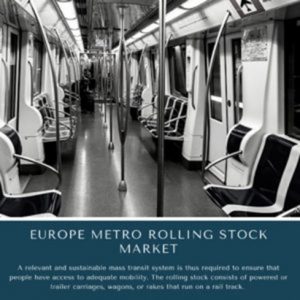 The Rolling stock consists of the whole metro rail, including the primary operational body and wheelset. The three parts are connected in a certain order to form the rake, and the arrangement.

One important point to remember about the metro is that it is meant for convenience rather than speed. This means that each metro station is constructed so that the distance between successive stations is only a few kilometers.

This type of architecture allows the metro to be used for transportation on a large scale. As a result, despite the fact that metros are meant to travel at peak speeds of roughly 80–90 km/hr, the metro’s average speed is only about 30 km/hr.

Around the world, major rail networks are being expanded and electrified in order to promote the most environmentally friendly mode of transportation.

Management is controlled by private players in the majority of the world’s largest rail network countries. With about 218,000 km of operational rail network, the European Union (EU) possesses the world’s longest electrified rail length as well as one of the safest railway networks.

The EU Commission is dedicated to making its rail network more comfortable for passengers by enacting new legislation and allowing private industry actors to help enhance the present network. For example, the EU commission has set an aim of transferring 30% of freight by 2020.

Clearly, the EU-27 nations account for around 77% of Europe’s existing metro length. Because few Central and Eastern European countries first invested in metro systems, they instead expanded existing tramway networks, the geographical distribution of the systems is skewed in favour of Western Europe.

Furthermore, structural system features vary significantly among nations. Metro rolling stock has a lifespan of around 30 years according to European norms.

As a result, up to 4,300 automobiles purchased in the 1970s are projected to be replaced between 2010 and 20. Many fresh orders for replacing obsolete rolling stock have already been placed with major train companies. 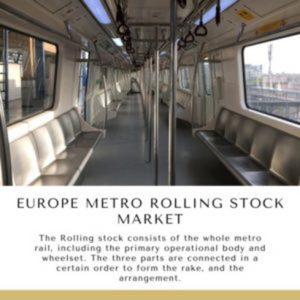 Increasing technical improvements in railway networks and trains, as well as the trend of autonomous technology, are forcing train makers to invest large sums in R&D for the production of light materials for freight trains, passenger trains, and short-distance trains.

Cutting-edge rail network technologies, such as the incorporation of 5G networks and sensor-based traction technology.

As a result, the railway sector is prioritising remote monitoring operations, which will increase demand for rail wheel sensors. A growing number of railway projects, metro projects, and other railway infrastructure projects are expected to drive growth.

The majority of new orders are for air-conditioned vehicles outfitted with cutting-edge technology such as closed-circuit television (CCTV) camera surveillance, passenger information systems, and internet access.

These new features are intended to improve the customer experience and, as a result, increase consumer acceptance. Furthermore, automation and autonomous operation are causing significant changes that have a favorable influence on service production and delivery.

Driverless technology, which has gained popularity across the world, was developed in Europe as early as 1987 on the London Underground. In Europe, there are already 10 driverless metro systems in service. The remaining nine are in Italy, Germany, and France.

New technologies are being integrated within the rolling stocks of metros to have better adaptability to the requirements of the European market.

NEXTGEAR (NEXT generation approaches, concepts, and solutions for the design of robust and sustainable running GEAR) is trying to build next generation running gear suitable for future European trains that meets the aforementioned goals.

The overarching mission of NEXTGEAR is to identify, develop, and evaluate key methods and concepts for high performance railway vehicle running gear systems, including wheelsets using novel materials and manufacturing methods; the development of a high safety integrity level controller for active running gear; and, finally, a life cycle cost analysis tool to support the business cases required for the adoption of these novel technologies.

NEXTGEAR is focusing on three primary areas. Roll2Rail is based on the Universal Cost Model (UCM) developed by the Shift2Rail Lighthouse project, which attempted to “eliminate already recognised limiting points for radical innovation in the field of railway vehicles”.

This previous project’s UCM aims to quantify the system-wide effects of technological breakthroughs in running gear design, such as new materials to reduce weight or active suspension to prevent track degradation.

By emphasising user-centered design and robustness, ‘UCM 2.0’ will assist to bridge the gap between UCM users and technical developers.

Given the enormous number of proposed projects, the potential market size in Europe for new systems, replacements, expansions, rolling stock, and sophisticated technology is likely to grow.

In Europe, metro networks are critical to delivering rapid and dependable transit. To maintain effective metro operations, an increased emphasis has been placed on integration with other means of transportation as well as improving the overall passenger experience.

Various initiatives for the future are advocated in this regard by various industrial organisations in Europe.

Bombardier is one of the leading rolling stock developers for the metros in the EU Market. It has brought in the NOVIA based rolling stock systems which are focused on congestion, budget limits, and connection are important issues confronting today’s expanding cities.

Metros are one of the most efficient ways of transporting large numbers of people to their destinations in a safe, convenient, and cost-effective manner.

The train’s adaptable architecture allows for increasing passenger capacities in the future. The train configurations span from two to twelve cars, with 800 to 5,000 people each train.

Operators can display their businesses thanks to customizable external design and interior layouts. Standardized systems and components improve performance in all areas, from faster lead times to high availability and low operating costs.

CRRC has been part of the European Market of Rolling stock for a long-time with its major aim towards improvising better technologies of rolling stocks.

It has most recently brough itself multiple rolling stock technologies within the London Underground, which is the first European metro system to receive Chinese-made maintenance rolling equipment from CRRC.

Three years ago, an order was made for 71 waggons to handle a range of technical support duties. It is, however, a minor order in comparison to the contract recently inked with Etihad Rail in the Middle East, which will increase the size of the Gulf operator’s brand-new freight fleet by adding 842 units to its roster.

In the United Kingdom, indigenous waggon manufacturing on a large scale is all but dead. Large manufacturing plants in Birmingham, Swindon, and Doncaster have all halted operations.

The majority of current UK manufacturing is the assembly of passenger multiple units.